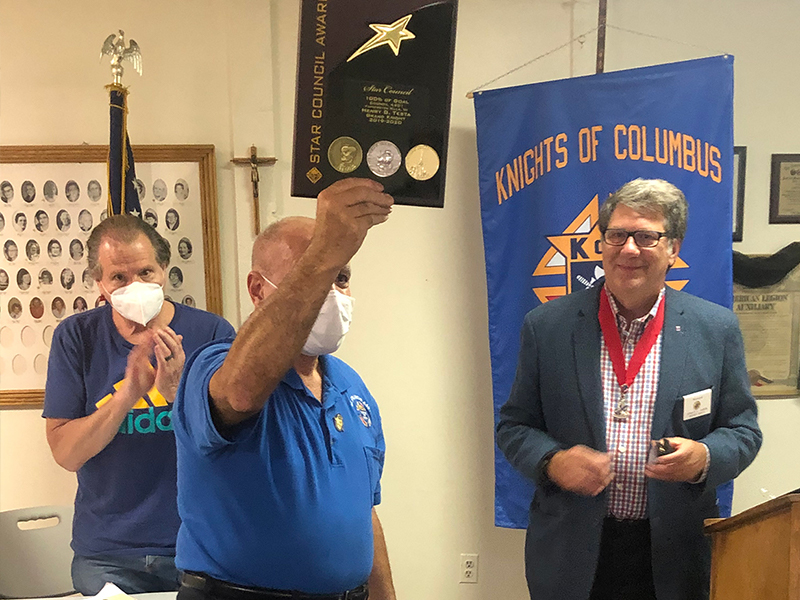 The Council recently learned that we achieved the Star Council Award for the Fraternal Year that ended June 30, 2020.

Being designated a Star Council means that the Council had outstanding performance in membership growth, increases in members participating in the insurance program, and excellence in programming. Programming is critical. Councils must have conducted at least ten programs, two each in Faith, Family, Community and Life, and at least two additional programs in any category. In reality St. Francis Council conducted many more than ten programs during the Fraternal Year. A particularly meaningful program was the “Leave No Neighbor Behind.” During this initiative, members of the Council contacted elderly parishioners age 70 and over by telephone and checked on their welfare.

The photo attached shows Past Grand Knight Henry Testa, who was Grand Knight during the Fraternal Year that ended June 30, 2020, receiving the Star Council award Council from District Deputy SK Dan Garon on behalf of the entire Council.