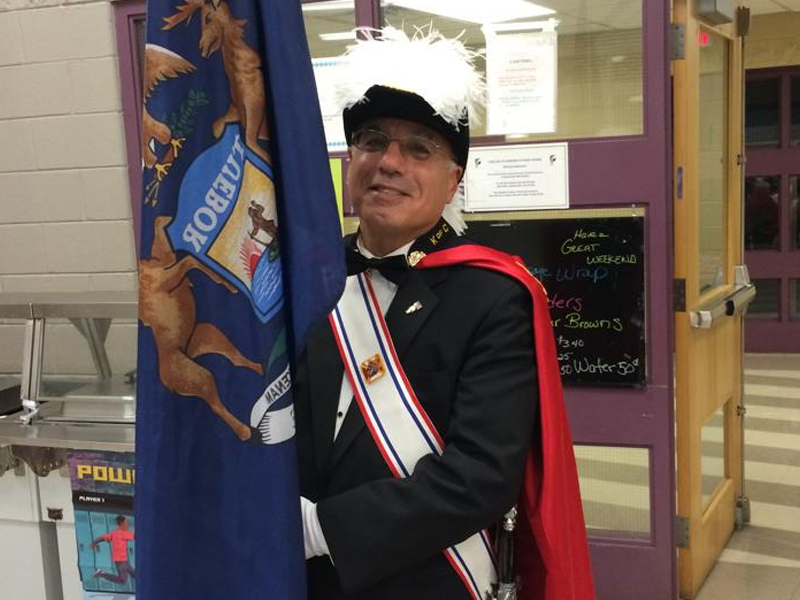 July 1 marks the beginning of a new Fraternal Year for St. Francis Knights of Columbus 4401 as well as the end of Henry Testa’s term as Grand Knight. Henry has been a “grand” Grand Knight for the Council. He became Grand Knight under very difficult circumstances, replacing Fred Arganoza, who had passed away. “Energizer Bunny” is an appropriate description of Henry. He is a loving husband, a doting grandfather, and daily Mass attendee who holds a very responsible position as a Sales Manager which involves frequent business travel. He is able to juggle these many responsibilities in an outstanding manner. It might be enlightening to learn what other Grand Knights think of Henry:

Joe Hejka Past Grand Knight: “Henry has been an exceptional leader, a man who all the brother Knights in the Council respected and supported. He went above and beyond his duties. I can’t recall a Grand Knight who has managed as many challenges during his term and how his actions spoke volumes to his character and leadership.”

Marc Wilkens Past Grand Knight: “The Knights of Columbus is an organization that is supported by volunteers. These volunteers need to be motivated on a frequent basis to have the organization achieve its intended goals. Henry Testa is a leader who exhibited the purpose of the Knights on a daily basis through his actions. Henry’s daily demonstration of his obedience to God is through personal sacrifice that inspires and motivates those men who have elected him to the position of Grand Knight. Henry’s consistent attention to the needs and desires of his fellow Knights and their families enforces the guiding principles of our founder, Father McGivney.”